In Autumn 2015 we toured a theatre production: The Disappearance of Dorothy Lawrence. At the close of the tour I felt that we had thoroughly disappeared her voice. I hadn’t achieved what I’d set out to do. I kept asking myself: where is the strength of her voice this extraordinary young journalist called Dorothy Lawrence? Why was her diary so heavily censored by the war office? Why is it not accessible? What is it they don’t want us to know all these years later?

In spite of the presence of her journal – Sapper Dorothy, published by Leonaur in 2010, we are still missing some of the facts. As you read through it you’re left with more questions than answers: “What did that mean?” or “how did she get away with that…?” and “she would have said more about that, of course she would! Why isn’t it here?” and then you realise that her writing, her original papers have been lost in the annals of a history re-told by men.

Dorothy was escorted home from France in the summer of 1915, she had been on the Frontline for just over two weeks. Initially confined to a nunnery before being taken through rigorous investigation, she was interrogated by over 20 officers, all confounded by her presence on the lines, not knowing what to make of her. You are not a spy, but who are you? What kind of a woman are you dressed as a man? And what on earth do we do with you now you’ve been discovered?  They couldn’t court martial her as women were not allowed to enlist. Her alter ego Denis Smith couldn’t be court martialled as he didn’t effectively exist.

Much emboldened by her experiences and by the growing strength of the suffragette movement at that time, Dorothy refused to be returned to the church Guardian where she had been taken for moral guidance in her teens. She reported that same Guardian for rape and was effectively silenced; diagnosed with Hysteria and removed to a lunatic asylum where she was confined for the rest of her life.

I began to look at what our successive governments have done with bright young women who disrupt the status quo.
Asylums were set up to provide sanctuary were they not? A creative and compassionate idea from the Quaker movement to begin with.
Those asylums became institutions for containment and control – a solution to so many social outcasts in an era of moral panics.

To begin with, the impetus for creating the film Blue Pen came from feeling that we had colluded with the deletion of Dorothy’s voice. That was the starting point. I sat and talked ideas through with Caglar Kimyoncu, who I have worked alongside for over 15 years. We wanted to look over the past hundred years, and ask ourselves: What do we do with dissenting voices? What do we do with the voices of women journalists today, particularly in times of conflict? And I discovered that too many of them had been executed or disappeared.

I am connected through a passion for celtic music to renowned singer and songwriter Lorraine Jordan, who wrote the song for Anna Politkovskaya, the journalist executed in 2006. Through Lorraine I met Mariana Katzarova, who created RAW – Reaching All Women in War. I started looking at their work on defenders of the truth who place themselves in grave danger or through no choice of their own are living in grave danger. All these journalists who face extreme circumstances in order to speak the truth, in the hope of saving lives. Of course this has gone on for centuries. Human beings are the most destructive species on earth. Women have been tortured and disappeared in every war ever fought. Sadly there are now more wars across the planet than ever. It has become too commonplace whilst we are all so driven by Capitalism. War is just another industry.
War makes money. 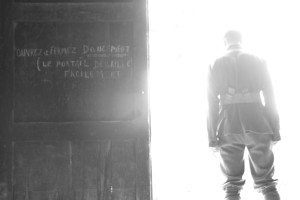 I was talking to Mariana Katsarova to ask her about Anna Politkovskaya who was executed ten years ago in Russia on the 6th of October. I wanted to use Anna’s image as part of the film. I wanted to select ten women journalists who have all been disappeared, one from each decade over the past 100 years whilst we are all commemorating the centenary of the first world war. I had a meeting with Mariana on Saturday and she said: “You want to pick my brain? You know how many people are out there? Women journalists who have been executed?” She has been monitoring it for some time.

I was watching a film from WOW – Women of the World festival, South bank, where they’re talking about how women’s voices are silenced. Speaking on behalf of the women of Syria, and the people of Syria, Kholoud Waleed was talking about the importance of understanding that actually the majority of people left in Syria are women. “The breadwinners are women,” she said, “What you see on your screens are the men out there in the streets, still in battle. Your perception out here is that we’re all terrorists”, she said. “That’s not the truth. 70% of Syrians left in the country are women – the carers, looking after those who could not leave.” And she said “I speak for them. And in the headquarters, believe it or not, in ISIS headquarters, one of our main reporters is a woman. Who of course is in full veil, so she can come and go freely with the women. People will talk to her. And she gets the most reports out.”

The thing to remember is that Blue Pen is not a documentary, it’s an experimental art film. We used actors, although we used them as authentically as we could; we used the real facts and some of the script is verbatim from women journalists returning from conflict zones; the shoot location is interesting because although the house used is in the South of France it is a house where they discovered a war diary. It’s haunted with the same old mess. And the location is very close to where France had one of its most shameful days in its’ history over the past 200 years.