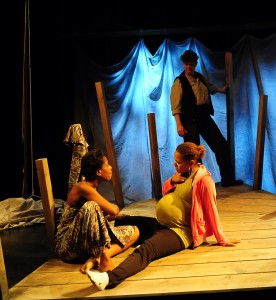 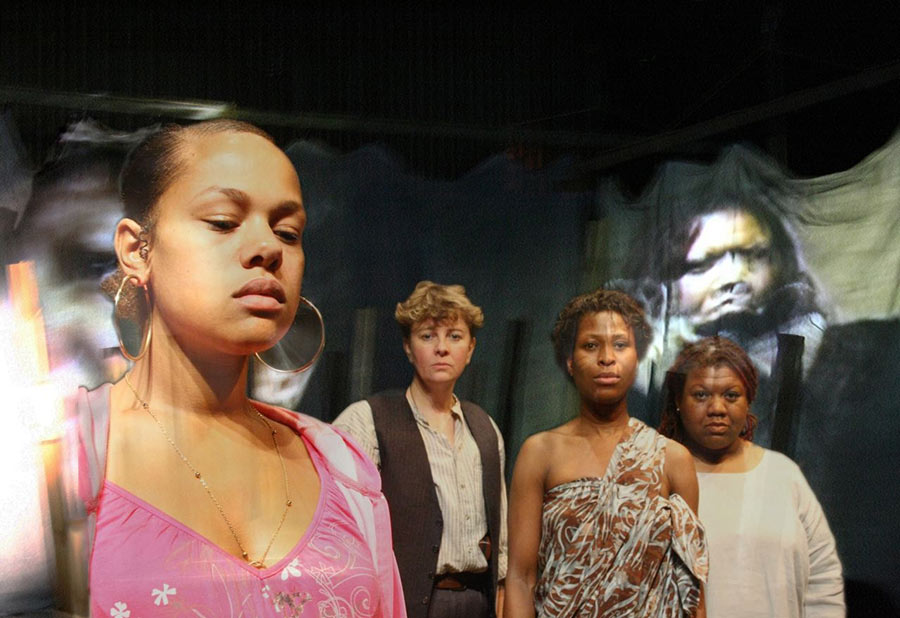 Shelley is fifteen, pregnant and desperate to get out of the gang she’s bound to. One storm drenched night at Canning dock she runs onto an old ferry boat for cover. As the dark descends and the fog sweeps in, the boat transforms into the Zong, the ghost of a notorious slave ship, a blight on Liverpool’s history. Three ghosts taunt and test Shelley until she is forced to fight for the life of her unborn child. Will she ever get out of this alive?

Crossings was commissioned as work in progress by DaDa Festival (Deaf and Disability Arts) Liverpool. An extraordinary team of creatives brought the production together, directed by Karena Johnson with set designed by Chris de Wilde and visuals by Caglar Kimyoncu.

The production uses integrated sign language throughout created by Hetty May Bailey, interpreter and BSL consultant. It opened at The Cochrane Theatre in London to full houses in June 2009 before transferring to Treasure House Theatre and Bird Theatre, Liverpool.

Crossings was one of the hottest theatre tickets at the Decibel showcase in Manchester and went on to tour throughout the UK.

“A powerful piece filled with a complexity of issues. Belfast needs more of this… like an urban Scrooge for a modern stage.”
Joe Naz, Arts Live Review, Ulster Television