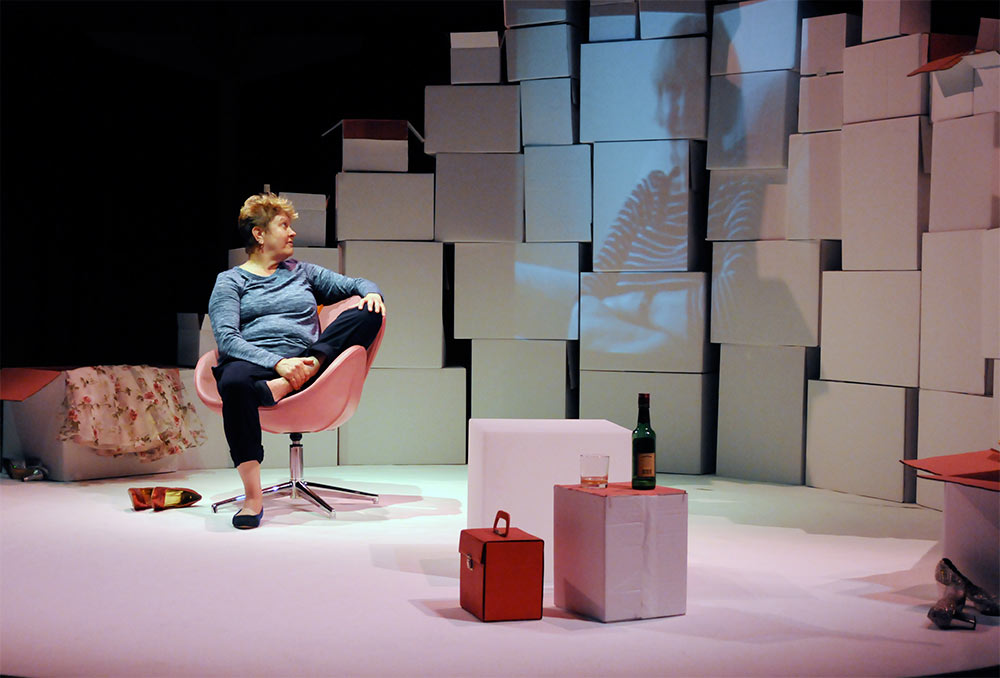 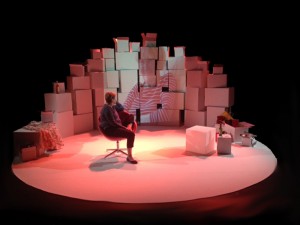 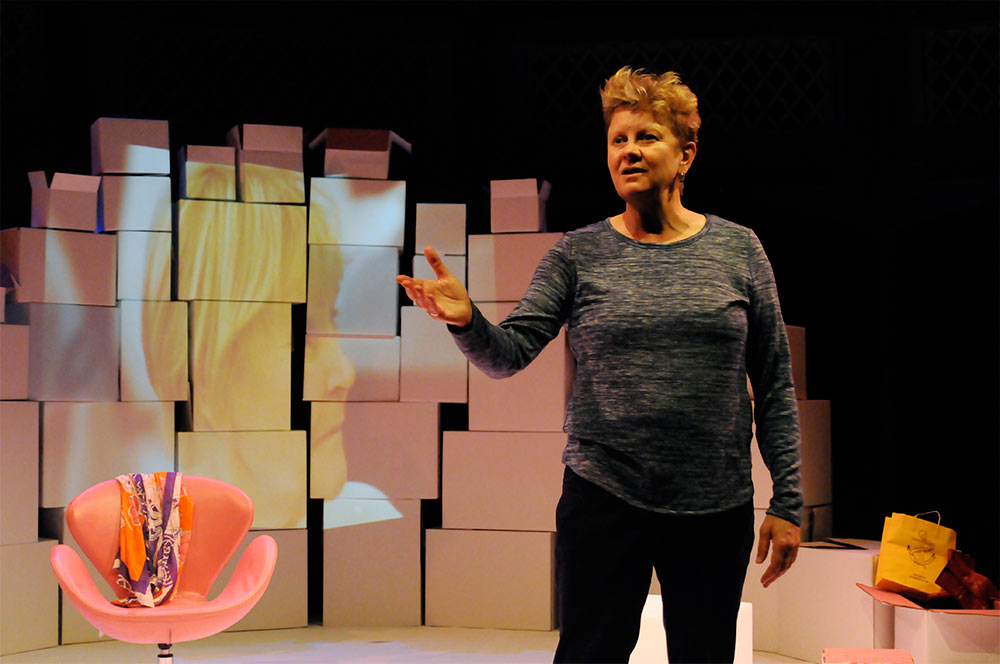 “This is a journey of connection, forgiveness, comedy and compassion.” Guy Somerset, New Zealand LISTENER

A tender and unique exploration of the impact of Alzheimer’s on family relations. Julie McNamara recorded her Mother’s songs and stories, filmed and photographed her in all her glory, over many years. The result is a compelling piece of theatre, an extraordinary love letter straight from the heart welded with a wicked underlying humour.

Let Me Stay opened in October 2013 at Interacting Festival Corban Arts Centre, Auckland. Between 2014 and 2015 the show toured UK, Scotland, Northern Ireland and Brazil. The final performance was on 20 June 2015 at Downpatrick, NI.

Let Me Stay is a celebration of life and love as seen through the eyes of Shirley McNamara, Queen of the Mersey. Alzheimer’s does not have to be a tragic end, an apologetic withdrawal from life. Think of it as a shedding of all care, with two fingers at the world and a constant sense of glee. It’s a lifestyle choice for some…

“Funny, poignant and heartfelt – Let Me Stay is a stunning piece of theatre from a very talented actor and singer.”
Jane Mote, London Live

“Courageous work from a clever writer and first-rate performer. Magnificently sung, presented with integrity and honesty. It grabs us by the heart.”
Lexie Matheson, theatrereview NZ

“A tender tribute to her mother Shirley, cantankerous and adorable, with a penchant for giving inappropriate speeches at the most inopportune of occasions. McNamara succeeds with aplomb.”
Maree MacLean, keepingupwithnz