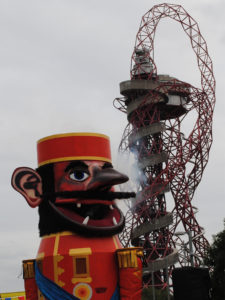 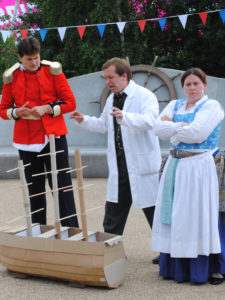 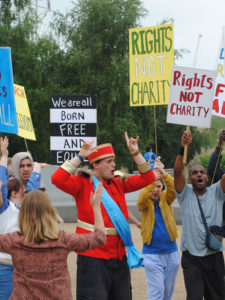 James Henry Pullen was a long term resident of Earlswood Asylum and a truly gifted, self taught carpenter and model maker.

During his lifetime of incarceration, it is said that he became the star attraction to the asylum, particularly on Summer fete days, when the locals and hospital benefactors would visit to watch the inmates in lively displays in the beautifully manicured grounds. Pullen developed a strong affection for a local barmaid who he imagined he might marry, but under legislation of the time, residents of asylums were not allowed to marry.

The hospital management persuaded Pullen that Queen Victoria had requested him as an Admiral of her fleet and her Admirals were not allowed to marry. An Admiral’s uniform had been procured to add weight to the story. Faced with the prospect of a shiny new uniform or a nice new wife, Pullen abandoned his barmaid and took to wearing the Admiral’s uniform, which he wore on most days for the rest of his life.

Having abandoned the idea of marriage, Pullen created a giant Admiral puppet to act as his guardian. He spent his summers frightening visitors to the asylum who flocked to see this ‘Monstrous abomination’ which our Artistic Director fell in love with on first meeting.

James Henry Pullen is one of the most inspiring artists unearthed during the museum research undertaken as part of the RCMG commission for Hold the Hearse!

Vital Xposure and Access All Areas brought this extraordinary Giant, created by EEA associate Tony Mason, to life with the help of festival goers through workshop activities and a boisterous and funny promenade performance.

For further information or to enquire about a booking please send us a message using our online enquiry form. Alternatively, drop us an email or give us a call on 020 8123 9945.