Following a successful run at cinemas and film festivals, Voices from the Knitting Circle was screened online between 5 October and 15 November 2020.

Through this online activity we wanted to pay tribute to the women who survived life in asylums and to everyone who had gifted us their stories to share with the world.

On Thursday 12 November we hosted an online discussion panel and live Q&A event with the cast, who recreated the remarkable voices depicted on film, and the director of the documentary, Julie Mc.  The team talked about their  process and discoveries on the journey to making this documentary, exposing shocking truths about the long-care system, and making links with current concerns about the impact of the pandemic on disabled people’s rights.

You can watch a recording of the event below. It is approximately one hour long and it includes subtitles.

As it often happens with live events, there are more questions and thoughts to share than time allows us to do so. We have collated these questions on this page and Julie Mc has provided answers.

With thanks to MyClearText for providing live captions during the event.

Questions from the audience

1. Do you have all the stories recorded (filmed)? Would you like to have them preserved in full form?

No. The stories belong to the people who gave them. I don’t need to ‘have them preserved’. They exist in our hearts and minds. Those of us who were witnesses became careful custodians of people’s lived experiences. These stories were gifted for the purpose of bringing them to the attention of a wider public, for a staged piece of theatre. I imagine if I’d asked for the stories to be preserved (presumably on film?) we would have had very different results. All stories were accepted between 2009 and 2011 on Marantz recorder (voice print only) with hand-written notes. These were all destroyed after use. The selected stories we went on to film were recorded in 2015 and 2016 in their entirety and edited for the purposes of the documentary. The final edit was completed in 2018.

2. Julie you worked with long stay locked in individuals, do you think a similar project could be done now to expose the revolving door / repeated short stay ‘admissions’ from hospital / home / possible homelessness?

Yes, I do. I worked with people in long stay hospitals, but many were ‘revolving door patients’, so-called because they could not settle out in the community, often because they were inappropriately placed and many just wanted the security of what they had come to know as ‘home’. Deni Francis who worked with us on every stage of The Knitting Circle and on the documentary film, was part of a team running the Greek Street women’s hostel in Soho for women who had all too often been bounced out of the long care system into homelessness. Little has changed!

3. How did you gather the stories? Were they all from people you worked with? How did you get consent from everyone to use their stories for the piece?

Firstly, I uncovered an old cassette recorder in my basement, which was sadly destroyed through playing over and over and of course, it was in poor condition as it was recorded in 1983. That recording was of the voices of 9 people I had worked with, from the original Knitting Circle in the hospital. I didn’t want the script I wrote to be limited to my own inevitable flawed memory of events or to those few voices on the cassette, precious though they are. So, I put a call out through national Mind and other mental health networks, Survivors Speak Out, Survivors Poetry, Out of Sight Out of Mind, One-to-One, and personal connections through Women in Mental Health. It was a massive piece of research and I recruited Lesley Willis to support me. She was a very thorough research assistant and uncovered some extraordinary stories on my behalf, she traced my original line Manager from the long care hospital and uncovered the story of Dorothy Lawrence, whom we created a play for in 2014. We had over 70 responses. Some people just wanted to talk. They wanted somebody to hear what they had been through, to take them seriously and to offer some crumb of comfort.

I was sent poems, sketches, stories in writing, letters, postcards, invitations to meetings, a reunion on the grounds of Harperbury Hospital (currently known as Kingsley Green) which we did not film and my favourite: the most extraordinary celebration of Christmas in July. In all cases, I accepted what I was offered and always went back to the person concerned, via their legal advocate or support worker. In all but one case, we changed the names and identifying characteristics of the person who gave us their story. We also made sure consent forms were written in plain English, explained carefully and the material was signed off for release, for use in the documentary Voices from the Knitting Circle.

4. How much do you think fear of the unknown and ignorance plays a part in enabling people to not give vulnerable people and disabled people a chance to engage in society.

I think fear of the unknown, and ignorance of people we ‘other’ and dehumanise, sits at the root of most destructive human behaviour. There is also the ingrained belief, currently enjoying a resurgence, in popularity, that some lives are ‘unworthy of life’ – simply not worth supporting, or grieving over.

5. Although it might give the great piece another feel, I would’ve loved to have seen the story of the ‘travelled perpetrators’ journey/expression of how (big word!) they found themselves to be an abuser in the mental health system and what the realisation of what they had done felt like. It’s not an easy view at all but so important for us to hear their stories.

We heard some of that through Derek McCarthy’s story, who started as a 19 year old young man working at High Royds Hospital in West Yorkshire. He served 54 years in the care system and turned everything he learned about abuse (some of which he had colluded with in his earlier years) to make radical changes in the system as Chair of the Care Quality Commission. I think we can only do so much in a short form documentary, or it starts creaking at the seams. Maybe the journey of the perpetrators’ stories will be told elsewhere? Have a look at Jules Hussy’s film: ‘Forgiven’  (2007) which was made for Channel 4.

6. What can teachers and school staff do to support pupils whose parents / carers have mental health needs?
They can create support networks inside the culture of the education system. Most young carers feel isolated. They need a ‘buddy system’, someone to talk to who understands, and link-ups online or via regular phone calls. We all need to educate and inform our staff teams, our pupils and ourselves. We need to support young carers at home with parents who are living with mental health issues.
7. How can we break the unspeakable circle of institutional abuse revealed by an excellent piece?
Speak out. Educate and agitate. Touch people’s hearts and change their minds.
8. Can you revive the live plays to be filmed in entirety ?
Sadly no. It would be way too expensive. The last iteration of The Knitting Circle had 8 people on stage. To fund a new creative team, rehearsal process and suitable venue for filming would cost over £35,000

9. How many survivors of colour were included in the interviews that informed the initial script and how many were invited to be part of the documentary?

I would need to go back through the original research notes from 2009, but off the top of my head, roughly 10 people out of 72 presented as people of colour. All were patients. Four were invited to be part of the documentary and two accepted.

10. How hard was it to decide to leave out the extreme sexual abuse stories?

We didn’t leave them out. Gertrude Grey re-tells the rape stories from Broadmoor Hospital when she describes what happened to the ‘Grey Women’ and the staff who colluded with the repeated assaults on those women held in the basement. I did however decide to frame those interviews really carefully, as I believe there is a penchant for bruised female flesh in the media. We do not need further stories of extreme sexual abuse. 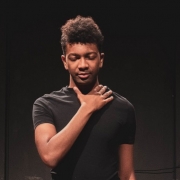 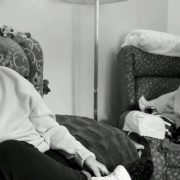 Online Discussion Panel and Q&A – Voices from the Knitting Circle 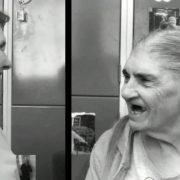